skip to main | skip to sidebar

Spreading the Gospel of Cricket


Having moved to Panama and being force to leave their beloved Vicuñas cricket team, Juliet “Curly Pain” Solomon and Jade “Deathly Hallow/Keychain” Rodriguez Solomon searched in vain for a team to join and a coach to train them. Email appeals to the Cricket Panama website went unanswered. Reported sightings of cricket matches have yielded, to date, no results. So they have taken matters into their own hands. 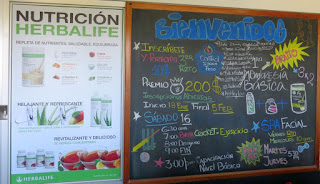 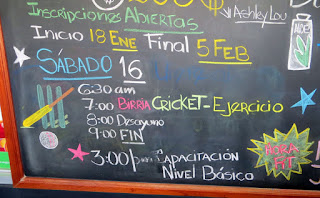 They discovered the City of Knowledge Herbalife Nutrition Club and proselytised vigorously therein the gospel of cricket, luring in members by promising that it is “kinda like baseball but better”.

On Saturday 16 January an inaugural cricket training was held on the beautiful grounds of Ciudad del Saber, a former military base situated alongside the Panama Canal. 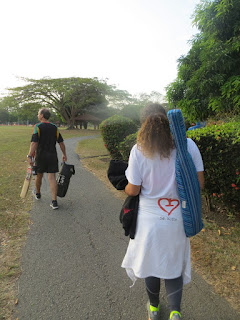 Lacking stumps and not willing to risk decapitating potential players with a proper cricket ball, tennis balls were borrowed and electrical tape purchased. Pads were used as wickets and international cricket veteran Rodriguez Solomon pressed into service as coach.

A makeshift pitch was commandeered between two small goalposts at a safe distance from the many yoga practitioners and joggers and, to the utter delight of one playful dog who kept stealing the ball, training began.

After instruction on the basics and some warm-up catching and fielding practice, and once the usual misconceptions were dispelled (don´t throw your bat away before running. Run between the wickets not around the periphery of the entire field of play. No, Señor Felix, you don´t get batters out by hitting them with the ball as they run past.) a brisk game of pairs cricket was played. 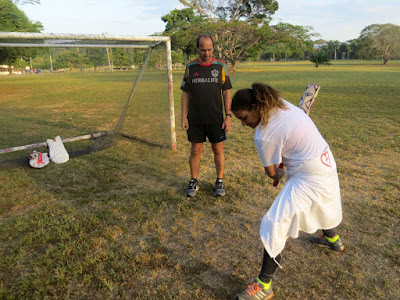 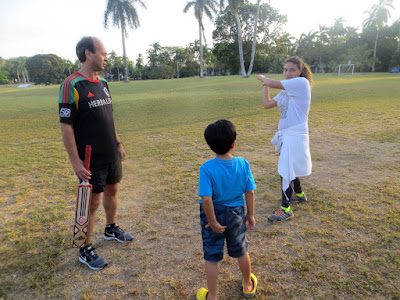 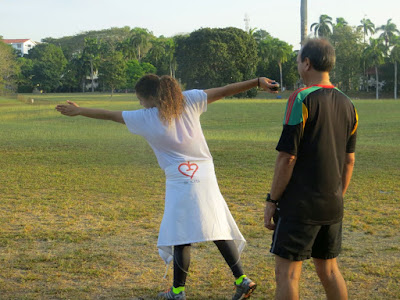 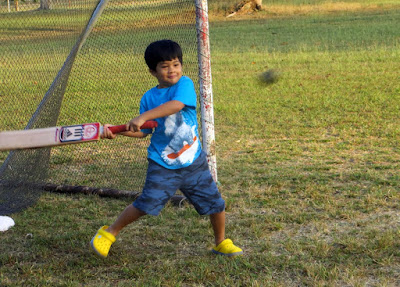 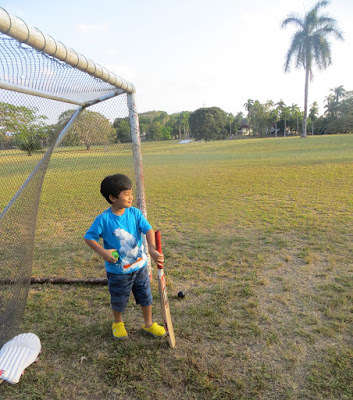 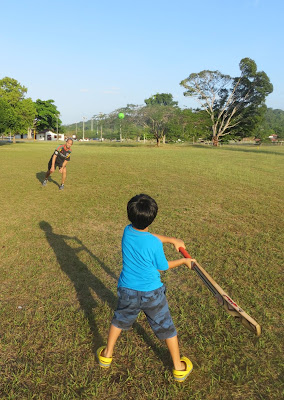 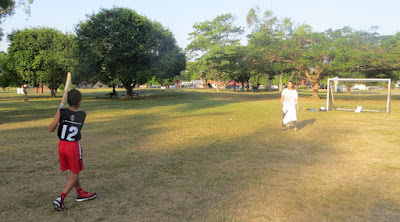 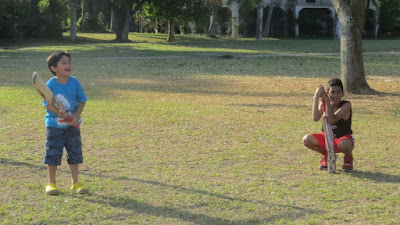 Vanessa rapidly grasped the concept of bowling and Edith proved to have an impressive throwing arm. Young Jordan, Vanessa´s son, was not pleased that he had to leave to go to basketball practice and swore to return the following Saturday.

Señor Felix, however, clearly felt that the game could be improved by the introduction of elements from lucha libre and enthusiastically tacked all and sundry, using such illegal tactics as tickling the younger batsmen before they could get safely back into their crease. He responded to all rebukes by claiming “it´s Latino cricket!”

Posted by peloinformal at 10:17 No comments:

Juliet Solomon lives and writes in Peru. Her book about her experiences in Lima, “Yes…But It´s Different Here” is available on Amazon.com.

peloinformal
Juliet Solomon is a cricket-playing, globetrotting Trinidadian who lives in Lima, Peru where she drinks pisco sour and comments acerbically on life, the universe and everything. She is the author of the highly acclaimed blog-turned-bilingual-book "Yes...But It´s Different Here/Sí...pero aquí es diferente"